Though Spotify hasn’t officially launched in India, local music fans have reported being able to download the mobile Android app and create an account. The quiet roll-out also comes amidst legal battles with Warner/Chappell Music.

Bombay’s high court has allowed the launch for the time being. If the streaming company uses Warner’s music moving forward, they’ll be required to track usage and pay royalties. (Read more) Sony/ATV Music Publishing announced that they will represent the impressive catalog of Dolly Parton, including songs like “I Will Always Love You,” “Jolene,” and “9 to 5.” The deal covers North America, as well as other territories that don’t have existing sub-publishing arrangements.

“Dolly Parton is a true musical icon and we are unbelievably excited to get the chance to work with her again,” said Sony/ATV Chairman and CEO Martin Bandier. “Her importance, influence and legacy as a recording artist is recognized the world over, but more than anything she stands out as an exceptional songwriter with a peerless catalog of songs, which we are honored to represent.” (Read more)

For the third year in a row, the music industry in the US has posted double-digit growth. According to the RIAA’s year-end revenue report, US recorded-music revenues rose 12% to their highest level in a decade. The growth is attributed to paid music subscriptions, rising 42% to 50.2 million.

“Fifty million subscriptions illustrate fans’ unrivaled love for music and the way it shapes our identities and culture — and showcases an industry that has embraced the future and found a healthy path forward in the digital economy,” said Mitch Glazer, RIAA Chairman and CEO. (Read more)

“Scott spots and champions emerging technology with the same level of passion, creativity and ambition that our A&Rs bring to artist development,” said Max Lousada. “A valuable addition to our senior team, he’ll be an amazing brand ambassador and thought-leader, who joins a great lineage of maverick entrepreneurs at the independent major.” (Read more) Christine Kauffman has become the Senior Vice President of Brand Partnerships at Island Records, as announced by Island President Darcus Beese. Kauffman will report to Eric Wong, Island’s Chief Operating Officer and will work out of New York.

“The fast-paced and competitive field of strategic brand marketing has become an important focus of the music industry during the past decade,” said Beese. “With Christine’s wide-ranging areas of specialization, it is crystal clear to me that she is the perfect executive to bring Island’s brand partnerships operation to the forefront of our industry.” (Read more) 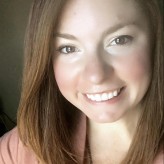