Though he’s been in the music industry for a while now, Dave East has yet to release a full LP. His 2017 project ‘Paranoia: A True Story’ almost fit the bill, but was not quite presented like an album. He finally announced a full length album earlier this year, titled ‘Survival,’ which will serve as his official debut.

He has kicked off the album promo with two singles, “Everyday” featuring Gunna, and “Wanna Be A G” featuring Max B. The two singles were dropped off under the title ‘Survival Pacc,’ so it is safe to assume that they will be featured on the forthcoming project. The two tracks display distinct sounds, with “Everyday” being a more trap-type beat and “Wanna Be A G” being a more mellow rap hit.

Check out Dave East’s new singles “Everyday” and “Wanna Be A G” here! 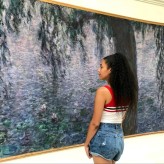