Percy Miller, better known as multi-talented, rapper turned Mogul “Master P,” has taken a new artist under his wing as another signee to his label “No Limit Records.” Houston, TX native 17-year-old Marqus Clae, recently signed with Miller’s label just before the new year, as Miller released a video on his Instagram introducing the artist to the world and hinting at great things to come for 2017.

Clae, whose mother was an artist, also contributed to his relationship with Miller by giving him the rapper’s music at an airport run-in, developed his love for rap at a young age. He recorded his first freestyle at four years old and wrote his first original track at the age of seven. This month, the new MC along with Miller, made an appearance on the “Sway in the Morning” radio show, where Clae shared more of his personal life in regards to his humble upbringing describing his family’s wealth as “rich at heart.”

Clae’s four-minute freestyle { starts at 26:00} on Sway’s show showed the young rapper’s strength and smooth flow within his rhymes. Listeners will start to disregard his age as his confidence overshadows being a rookie and more so, a potentially great artist to be. But music isn’t his only dream nor talent, as the 17-year-old is set to star in the new ten-part FOX drama, “Shots Fired,” about a racially charged shooting in the state of North Carolina. Clae will play the role of Cory.

He displays the ability to have confidence in himself in becoming one the’ greatest’ while also staying humble. His dedication to becoming better makes him relatable and appealing to listeners.

On January 9th of this year, Clae dropped his debut album “Ghetto Poet,” produced by BlaqnMilD. The album gives a strong visual insight within Clae’s lyrics as he recounts his own experiences and a tough environment in his youth. Clae’s level-headedness and positive attitude is what draws attention to his character and gives props to his intelligence of the business at such a young age.  His lyricism and realness put into his music make it certain that he’s bound to gain respect and reach his biggest dreams in the rap game.

Listen to a snippet of Marqus Clae’s 11-track project “Ghetto Poet,” below or buy it here on iTunes. Keep up with Marqus Clae on Twitter and Instagram @marqusclae. 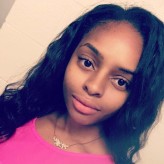