I remember there was a time when you could go to a Nightclub and an hour before they close, the DJ would play some R&B music. This allowed the Fellas to explore and the Ladies to perform. However, now, clubs don’t do that anymore. DJ’s are more devoted to keeping the crowd hype all night. Could you blame them? With so many Beat-makers, Twerkers, MC’s and Wannabe’s, there is a heavy flood of what we refer to as being “today’s” rap music. Because of this, R&B has lost its touch. It’s not that R&B singers are not making music anymore; it’s more of the fact that the Rap-Roster is so strong, they tend to clog up the lane, making it hard for anything R&B related to come through.

R&B is when you’re an R&B singer, you make an R&B album without an army of hot rappers featured on it and it still becomes number 1#. R&B is when you make a whole album about your ex-girlfriend, admit to it, and then say in an interview “I want my girl back”.And finally, R&B is when you announce that your number one album will be your last because you want to be a full-time Father to your daughter.

So where am I going with all this? Ladies and Gentlemen, if you haven’t notice, or haven’t received the Memo yet. Tyrese Gibson’s Black Rose is the number one album in the country. The thing that makes this album so important is that for it to be released on Tyrese’s independent label and still manage to become number one, despite the strong wave of Hip-Hop, it’s clearly sending a message to the music industry. That message is that it’s still an abundant amount of fans out there who still love pure R&B, however, the dynamics of music has change to the point that fans have to sometimes tolerate certain formats. For example, the next time an R&B song comes on the radio, ask yourself—“Do I really like this record” or “Do I just tolerate it because it’s played so much”? I challenge you. Consider it food for thought, perhaps.

People! All I’m saying is that, fans’, including myself, appreciates Black Rose. We love the concept behind it, we love the duet he did with Brandy but more so, we love the idea that this album will influence our other favorites and then maybe, just maybe, they will try to mimic what Tyrese did. Lets just refer to Black Rose as being the blueprint. Selling 86,400 copies in the first week and remaining number one on the charts, we thank you Tyrese for your classic piece of work and while we don’t wont this to be your last album, we understand that you have graduated from the music industry. Congratulations Tyrese Gibson! 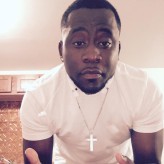 [Interview] R. Kelly Interview & Freestyles on 'Sway in the Morning'