In celebration of his new memoir/book RAW: My Journey Into The Wu Tang, available on March 6th, U-God is set to release his new studio album VENOM, which will arrive worldwide on March 30th via Babygrande Records.

U-God will also be hitting the road for his first solo U.S. tour in five years (tour dates below).  In select cities, U-God will bless fans with live performance at a nearby intimate club after the Q+A sessions…. Tickets are limited for this once in a lifetime opportunity and must see RAW VENOM U.S. Tour! 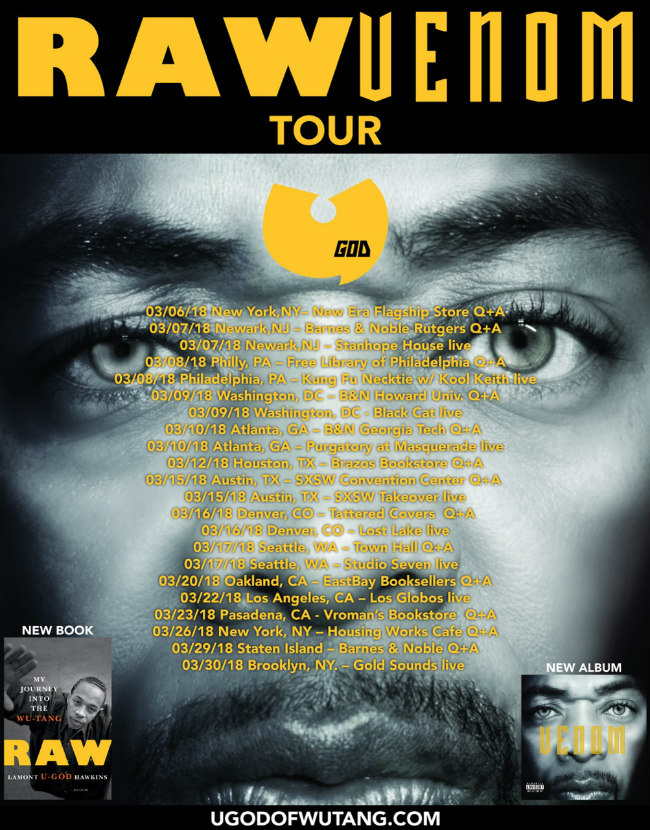