Janet fans, get ready! Janet Jackson just announced an extension to her State of the World Tour with more shows. 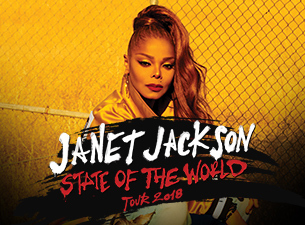 The singer will also play a number of music festivals this summer, including Essence, FYF, Panorama and Outside Lands.

Tickets for the new dates go on presale Tuesday 4/24. Go to Live Nation for more info.