After announcing his new album release & playing it for fans at a pop-up event in New York City & London this week, today J. Cole releases the track-listing and cover art for new album K.O.D. 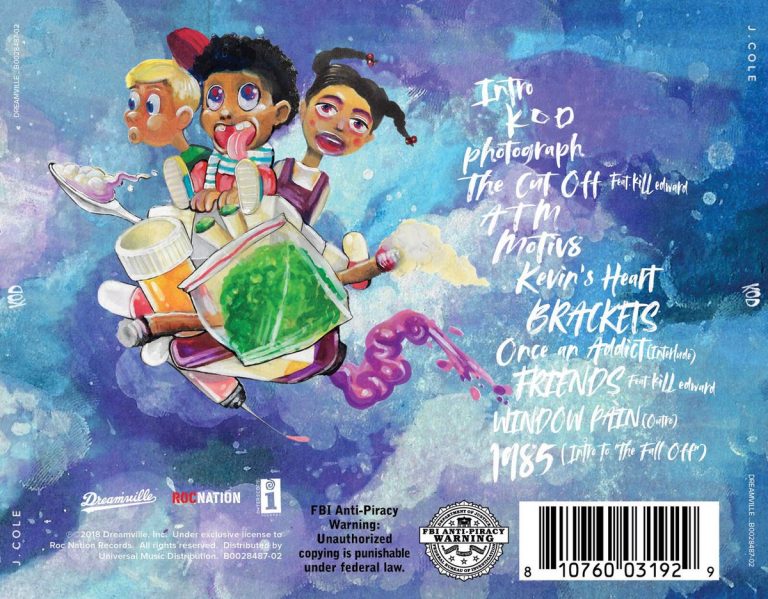 K.O.D. (Kids on Drugs, King Overdosed and Kill our Demons)  features 12 tracks and one guest feature from an artist, possibly alter ego named kiLL Edward. According to the cover art, J.Cole will be touching on the drug problem in the hip-hop community on his K.O.D. The album drops this Friday, April 23.