The highly anticipated TDE produced Black Panther Album, has had an equally historic release as the Black Panther Marvel movie! Black Panther: The Album, is the most successful album debut for a Walt Disney film of the last five years selling, over 154,000 units in its opening week.

The 14-track album, co-produced by superstar Kendrick Lamar, includes other TDE members like SZA, and other big-name artists such as The Weeknd, Future, Travis Scott, James Blake, and Khalid.

Unlike any other project connected to Disney, this album comes with an explicit lyrics warning, as it carries bold themes of cultural pride and social issues, like much of Lamar’s music does.   Ryan Coogler, the Marvel’s movie director told NPR, “The album Lamar and TDE delivered, turned out to be the perfect companion piece.” 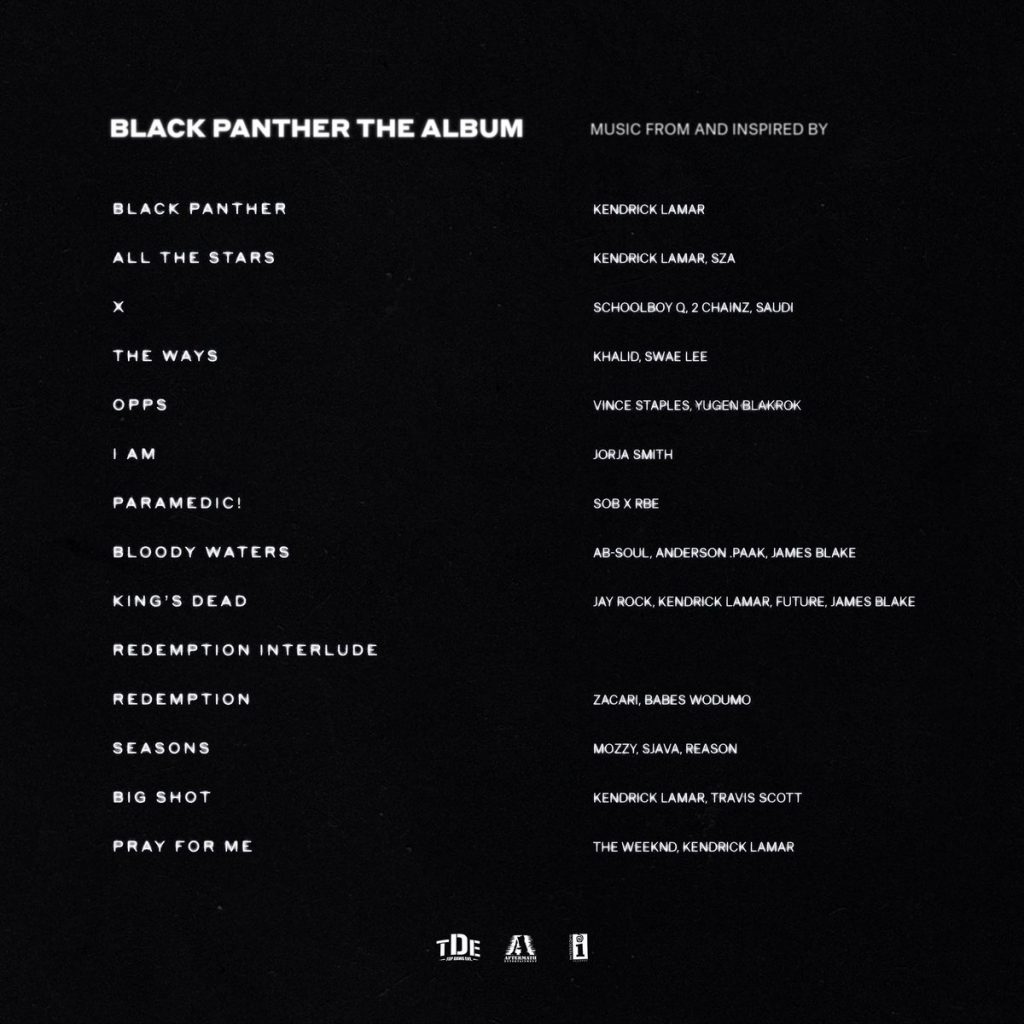 Check out the powerful Black Panther influenced album below!