Get ready for the one the biggest concert events of 2018! Beyoncé, Eminem and The Weeknd will light up the stage as headliners for the 2018 Coachella Music & Arts Festival. This makes it the first time in the festival history that a rock band will not headline the festival.

Tickets go on sale this Friday, January 5 at 12 p.m. PST at Coachella’s website. 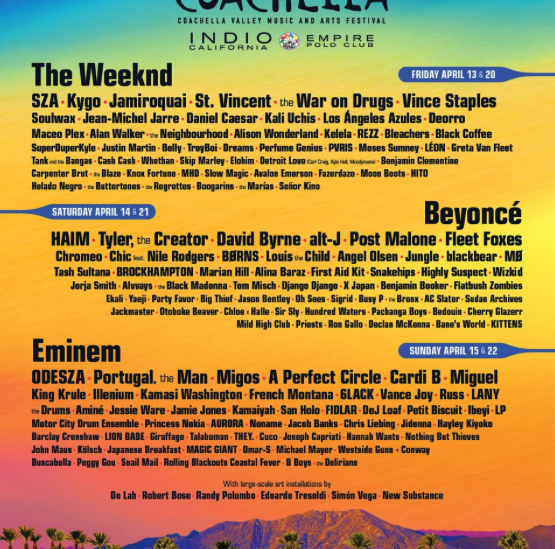 Music News: Grime Is Officially Listed As A Genre On Spotify