Multi-Grammy nominated R&B singer Tamia has released her seventh studio album Passion Like Fire on September 7. The first single off the album, “Leave It Smokin’” has hit the Billboard and Mediabase UAC charts in the last couple of weeks. Passion Like Fire is an emotional journey into Tamia’s mind and love life.

Tamia’s self-titled 1998 debut album is marking the 20th anniversary and initiated a string of hits that has steadily spun off along the way, including “You Put a Move on My Heart,” “Missing You” with Brandy, Gladys Knight, and Chaka Khan, “Spend My Life with You” with Eric Benét, “So Into You,” “Stranger in My House” and “Into You” with Fabolous.

The songstress will also be hitting the road to support the album with the ‘Passion Like Fire’ Tour. Visit here for more info. See dates below.

We had the pleasure to speak to the singer-songwriter about her new album, going on tour, relationship advice, what she’s currently listening to & more.

Check out the interview below! 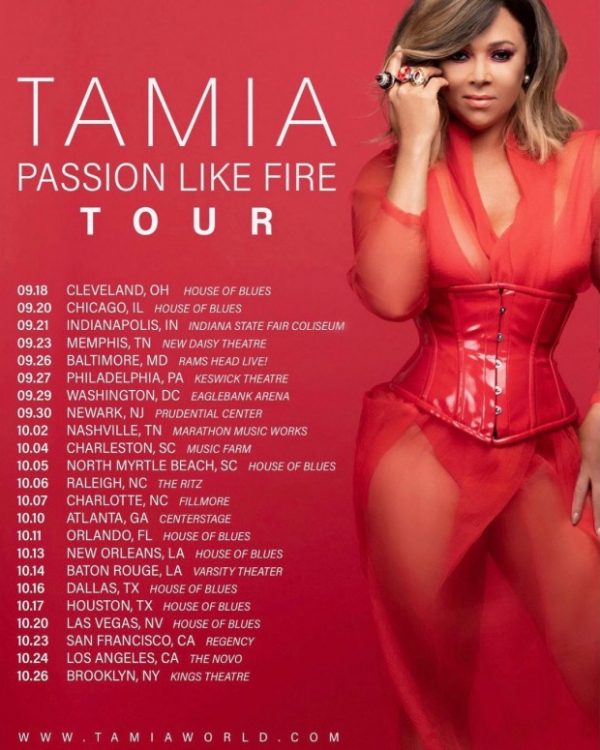