L.A. Reid has a new quarterback. She’s got big hair, big energy and she’s making big moves on the charts, She calls herself The Bonfyre, for the fun and familiar sound she strives to produce. The product is a mixture of soulful, almost ethereal, pop vocals and a rhythm that grooves. The Bonfyre released her first EP and title single, “Ready to Love,” after signing with L.A. Reid’s new label, Hitco, in 2018.

The EP has six tracks: “Keep Me Waiting,” “Ready to Love,” “Propane,” “On One,” “All About You” and “Automatic.” All of the songs on the project, The Bonfyre said, were inspired by a single conversation with her collaborators.

“People have been gravitating toward (the new music), and it’s just been amazing to me to see that, just to see people connect with my records the way they do, especially it being the first piece of music I put out to the world.”

Not very long ago, The Bonfyre was picking up gigs in her home state of Massachusetts and New York. It was then that Grammy-award winner and producer Rafael Saadiq caught wind of one of her performances in Harlem. So, he took to Twitter to track her down.

“When he first reached out to me, I didn’t really think that it was a real thing,” The Bonfyre said. “I didn’t believe it was him at first, but it definitely was him. He reached out to me on twitter, and he flew me out right then and there the next day.”

Saadiq told the “Propane” singer he was impressed with what she was doing and wanted to work with her. She agreed, and Saadiq put her parents on a plane to L.A.

“We just started working and really developing, really enhancing who I already was.”

Two years working quietly with Saadiq, and The Bonfyre released a highly-circulated cover of Lauren Hill’s “Sweetest Thing.” The put the songstress right in L.A. Reid’s crosshairs, and he quickly signed her to Hitco. The Bonfyre says that working with people with such long histories in the business has been exciting to say the least.

“(Reid is) such a pleasure to work with,” The Bonfyre said. “I always look at him like a legend, because he will always be a legend, but he’s so warm and inviting, and he just brigs the best out of me. He’s wonderful. It’s been a pleasure. It’s just a continuous pleasure for me.”

As for what to expect next from The Bonfyre? This year promises an album, touring, commercials and more.

“2019, I’m taking over,” she said. To keep up with The Bonfyre, visit @TheBonfyre across social media platforms and YouTube. Listen here.

Listen to the full interview below! 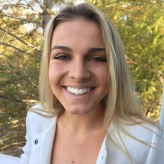