Nick Hissom is an up and coming rhythmic-pop artist & co-founder of the company Massive Entertainment, and he’s ready for his big break!

Born and raised in London, the 25-year-old musician and entrepreneur have found his true passion with music. After a long path of self-discovery, Hissom knows that music is his calling. “When I started thinking of what I wanted to do with my life, the resounding answer was to inspire others. Music is the universal language. It is blind to all prejudice and negativity and that’s why it is the medium through which I sought to express myself,”  Nick states.

Massive Entertainment has partnered with RED Music to bring innovative music and technology to the mainstream. With talented industry professionals Derek Jackson and Steve Morales teaming up with Hissom as their newest artist, the venture is sure to be a huge success.
Hissom’s newest single, “He Ain’t Better” is the inaugural release for Massive Entertainment/RED Music, and it is well on its way to hitting a million streams. Written from a genuine perspective, this track shows Hissom’s originality and personal voice. He has also recently dropped an inventive and creative lyric video for his single, which you can check out below.

2017 is set to be Hissom’s breakout year, from his hit single to collaborations with big names in the production business. It will be interesting to follow his career and his sure path to success. 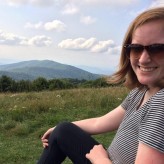